An Exciting Update from the Pokémon UNITE Team! 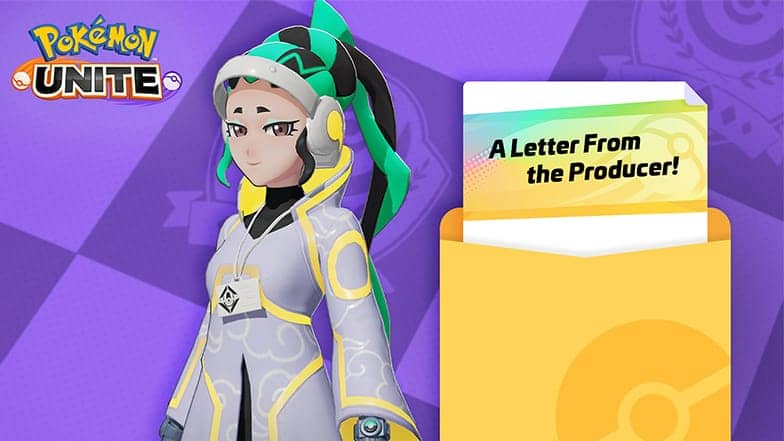 2022 proved to be an incredible, fast-paced, exciting first year of Pokémon UNITE! These past few months, we’ve celebrated our first anniversary, turned Pokémon into snowmen, and welcomed our first Legendary Pokémon, Urshifu, to Aeos Island. Although the celebrations are over, there’s plenty more to be excited about coming soon to Pokémon UNITE.

In October, we released the Melee Speedster Zoroark and made it obtainable only with Aeos gems as part of a bundle with its Costume Party Style Holowear during its first week of release. We heard the community’s feedback, which informed us that these restrictions were not a good experience. We appreciate that feedback, and after consideration, we will not be following this release practice in the future.

We intend to create a better paid experience for Pokémon UNITE players in the coming months, and we welcome your feedback across our social channels. We look forward to collaborating with the community in the future, so please continue sharing your valuable feedback with us and one another.

Matchmaking is a much-discussed subject in the community. For players who are unfamiliar, we’ll explain how it works.

Matching is based on “matchmaking rating” (MMR), which is a hidden number decided by factors like win percentage, consecutive wins, and current rank. During matchmaking, players are put into a queue that searches for players who have a similar MMR, and then positions are filled for both teams. After a period of time, if no players of similar skill level are available, the matching parameters broaden to look at a wider pool of potential teammates and opponents. By doing so, the game attempts to optimize the balance both within and between the teams in terms of player skill level, as well as create a fairly matched environment for all players.

You can see a breakdown of teams’ composition and MMR below. 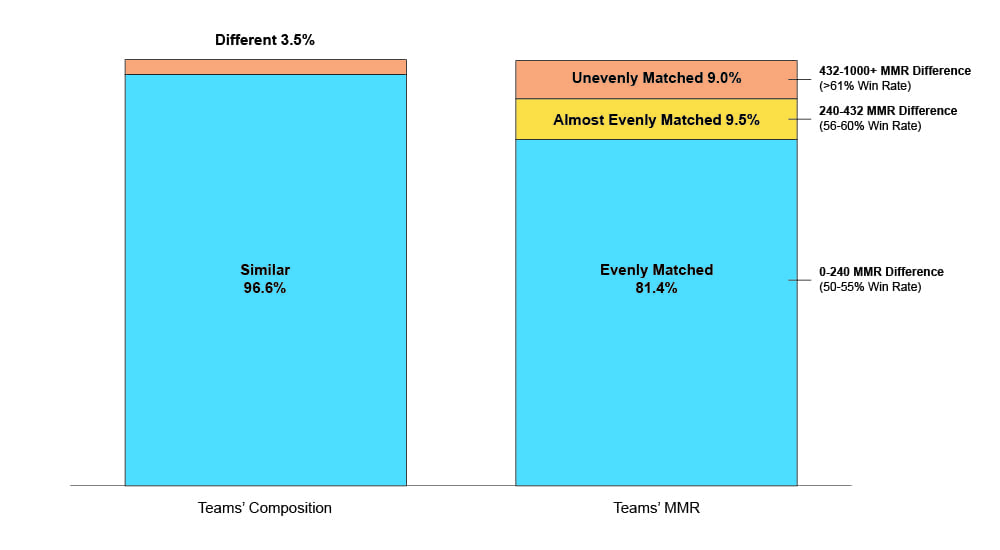 Looking at this data, we can see that over 96% of all matches have teams with similar composition (for example, 5 solo versus 5 solo or 3 grouped and 2 solo versus 3 grouped and 2 solo). The percentage of matches with little or no difference in teams’ skill exceeds 80%. However, we have been researching player experiences and sentiments on this subject, as not all players report having equal matchmaking experiences.

To improve player experience, in July we implemented a change to the formula for how Master Points are gained and lost. The formula now applies and removes fewer points as the player’s rank increases. This change not only helps Master Points more accurately reflect player skill but also helps improve matchmaking.

On December 1, we also implemented a change to ranked matchmaking logic that will keep the rank variation between players on a team within 2 ranks (excluding 5-player teams). In addition, in ranked matches, players in duos and trios will need to be within 2 ranks of each other, ensuring as even a playing field as possible.

Next, we’ll be making some changes to fair-play points. A change has already been implemented to deduct fair-play points if a player stops playing during a match, and a player’s matching priority will be reduced the fewer total fair-play points they have. We’ll also be improving the accuracy of detecting passive play, such as using moves to avoid appearing inactive but not engaging in battle.

Lastly, we’ll be making some changes to the rank range across which solos, duos, and trios can match. We’ll also be adjusting the range of rank resets at the end of a season, in hopes of mitigating the differences in skill at the start of a new season.

The UNITE team is always looking for ways to improve the player experience, so please continue sharing your thoughts on the changes above as they’re implemented!

Finally, we’d like to introduce everyone to Pokémon UNITE’s new producer, Yuki Gabe, who will be taking over for Masaaki Hoshino and is thrilled to work with all of you to help make Pokémon UNITE a fun experience.

From all of us on the Pokémon UNITE team, we’d like to thank you again for the passion and dedication this community brings every time you play our game. We hope you’re excited for what’s to come. We can’t wait to show you!