Blastoise Has Blasted into Pokémon UNITE 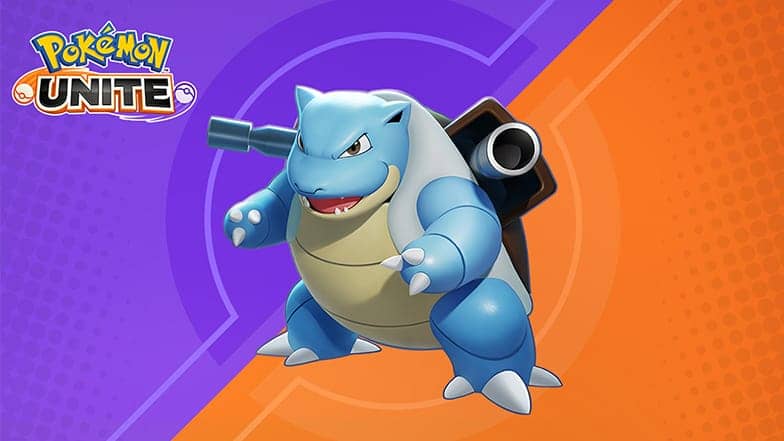 Get ready to make a big splash in Pokémon UNITE, as Blastoise is now available to join your team. This popular Pokémon is a Ranged Defender, and it’s sure to provide some useful support for your squad. This Pokémon begins each match as Squirtle, but it will evolve into Wartortle at Lv. 5, and Blastoise at Lv. 9. You can even make your Blastoise look positively fancy with its available Fashionable Style Holowear.

Blastoise’s basic attack becomes a boosted attack with every third attack, dealing continual damage and decreasing the movement speed of opposing Pokémon for a short time when it hits. Its Ability, Torrent, causes its Attack and Sp. Atk to increase when the Pokémon is at half HP or less. Now, let’s take a look at Blastoise’s available attacks.

At Lv. 1 and Lv. 3, Squirtle can learn Water Gun, a ranged attack that hits your opponent with a shot of water, shoving them back and decreasing their movement speed for a short time. It can also learn Skull Bash, a dash attack that fiercely rams an opposing Pokémon a temporarily leaves it unable to act.

When Squirtle reaches Lv. 5, Water Gun can evolve into one of two attacks. Hydro Pump is a ranged attack that blasts out a huge volume of water, dealing damage to opposing Pokémon and shoving them when it hits. The attack can be further upgraded to increases the damage it deals. Water Spout is an area effect attack that sprays water toward the designated location, decreasing the movement speed of opposing Pokémon in the area of effect for a short time. Like Hydro Pump, it can be upgraded to increase its damage.

Reaching Lv. 7 allows you to evolve Skull Bash into one of two attacks. Surf is a dash attack that has the user charge forward on a wave, shoving opposing Pokémon and leaving them unable to act for a short amount of time. The user becomes immune to hinderances while using this move and can jump in a designated direction once this attack ends. You can even upgrade Surf to grant a shield when the move hits. Rapid Spin is a buff move that causes Wartortle to spin rapidly, changing the mechanics of its basic attacks as well as its Hydro Pump and Water Spout moves. An upgrade to Rapid Spin move reduces the damage Wartortle receives while using the move.

To inflict some real damage, take advantage of Blastoise’s Unite Move, Hydro Typhoon, which it learns at Lv. 9. This melee attack has the user spout water to attack while it spins. Any opposing Pokémon caught in the attack’s large range area will be thrown. Not only that, but the attack also grants Blastoise a shield to protect it from incoming attacks.

Blastoise is ready to shell out some punishment and defend your team. You can surf on over to the Unite Battle Committee shop and get Blastoise’s Unite license now.