Knock Off the Competition with Sableye in Pokémon UNITE 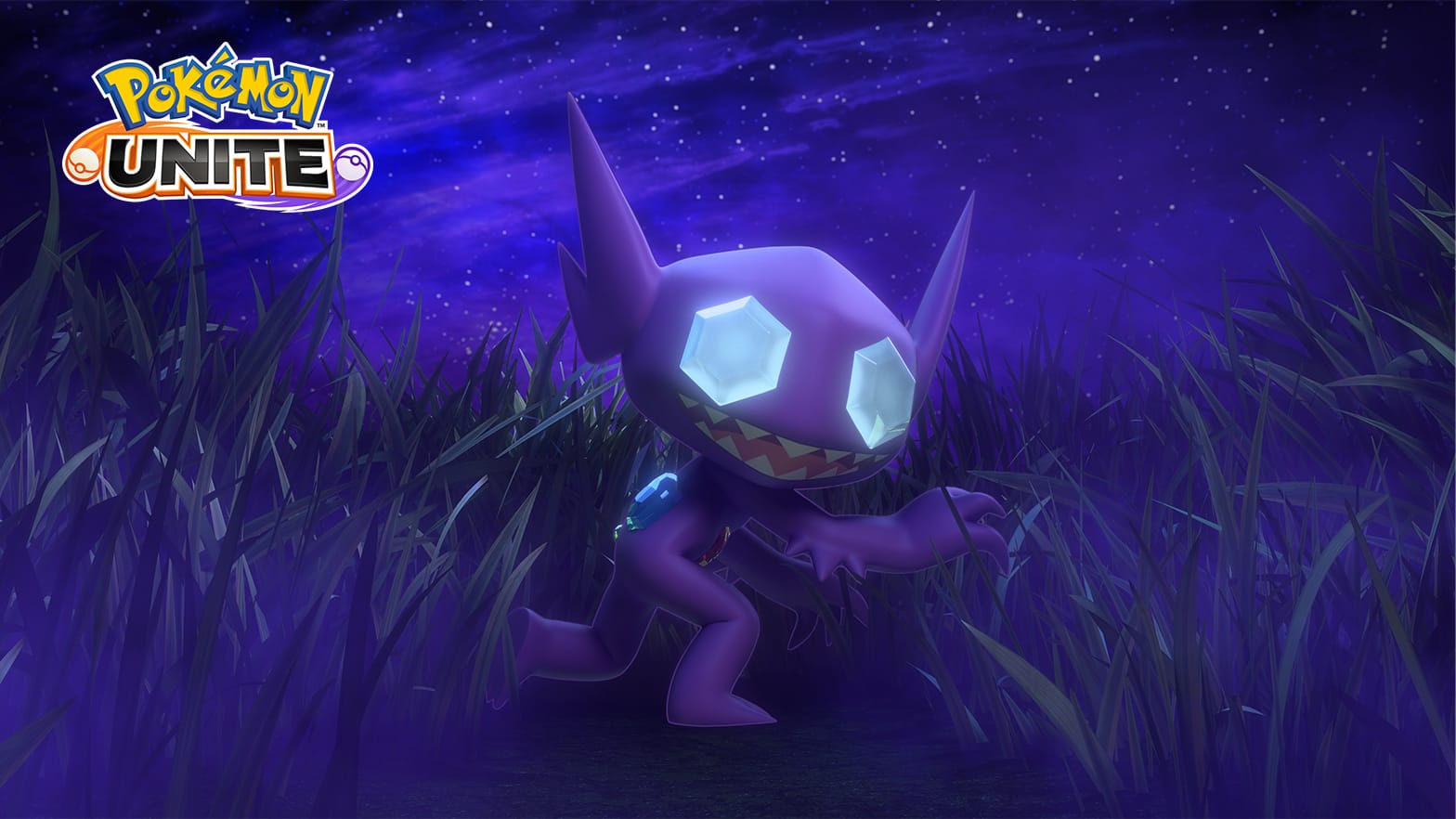 Sableye is creeping its way onto Aeos Island as Pokémon UNITE’s newest and spookiest Melee Supporter. With the capability to enter stealth and steal away your opponent’s hard-earned Aeos energy, this Pokémon is well equipped to terrorize the competition. You can obtain Sableye for 12,000 Aeos coins or 575 Aeos gems at the Unite Battle Committee shop. Sableye will only be obtainable with Aeos gems for the first seven days of its release.

Read on to learn more about everything this Pokémon has to offer and to pick up a few tips before wreaking havoc on Aeos Island.

Sableye dashes in the designated direction, dealing damage to any opposing Pokémon it hits and decreasing their movement speed for a short time. If Thief hits Pokémon from the opposing team, it steals a small amount of their Aeos energy. If those Pokémon do not have any Aeos energy, they will be left unable to act for a short time.

Sableye fires a sinister ray in the designated direction, dealing damage to opposing Pokémon it hits. If Confuse Ray hits Pokémon from the opposing team, it also leaves them confused. While confused, Pokémon continuously attack nearby Pokémon with basic attacks. Confused Pokémon will target nearby Pokémon in the following order of priority: first, their ally Pokémon; then, wild Pokémon; last, Pokémon on Sableye’s team. Confuse Ray can be upgraded to increase the movement speed and basic attack speed of Pokémon from the opposing team while Confuse Ray has left them confused.

Sableye shoots light from both of its eyes, dealing damage to opposing Pokémon in an area of effect in front of itself. Pokémon from the opposing team hit by Phantom Ambush who are facing Sableye freeze in place and start involuntarily preparing to return to base. If they take damage before returning to base, they remain where they are and are left unable to act for a short time. Opposing Pokémon hit by Phantom Ambush who are not facing Sableye have their movement speed decreased for a short time.

Sableye joins Pokémon UNITE as a unique Melee Supporter with a toolbox of riotous skills. Confuse Ray is a powerful disruption move with the potential to change any team fight, especially in conjunction with Sableye’s Unite Move, Phantom Ambush. Sableye’s most unique skills, though, are Knock Off and Feint Attack, which play around with Aeos energy. Knock Off directly disrupts opponents who are trying to score points and puts a halt to stacking items like Attack Weight. Feint Attack matches Sableye’s tricky demeanor and can catch any opponent trying to score off guard, leaving them unsure which Aeos energy is safe to pick up.

Tsareena is one of the most powerful Melee All-Rounders on Aeos Island, largely thanks to the mobility granted by Trop Kick and the high damage output from Stomp. However, Tsareena usually relies on scoring early to get the most out of its commonly used held item, Attack Weight. Sableye’s Knock Off is a strong tool for locking down Tsareena in any given fight and makes it more difficult for Tsareena to stack Attack Weight early. As an unevolved Pokémon, Sableye also has a key advantage early in the game against Pokémon that evolve twice, like Tsareena.

Sableye has plenty of moves that allow it to skirt around and frustrate its opponents, but strong ranged Pokémon can create similar headaches for the Darkness Pokémon. Cramorant has an easy time dealing with Sableye thanks to being a strong unevolved Pokémon with a powerful ranged move, Air Slash. Cramorant also has additional mobility from its move Dive, which can make it difficult for Sableye to effectively disrupt Cramorant. When playing Sableye against Ranged Pokémon, it’s best to consider the opponent’s cooldowns on moves that have movement before inflicting any hindrances.